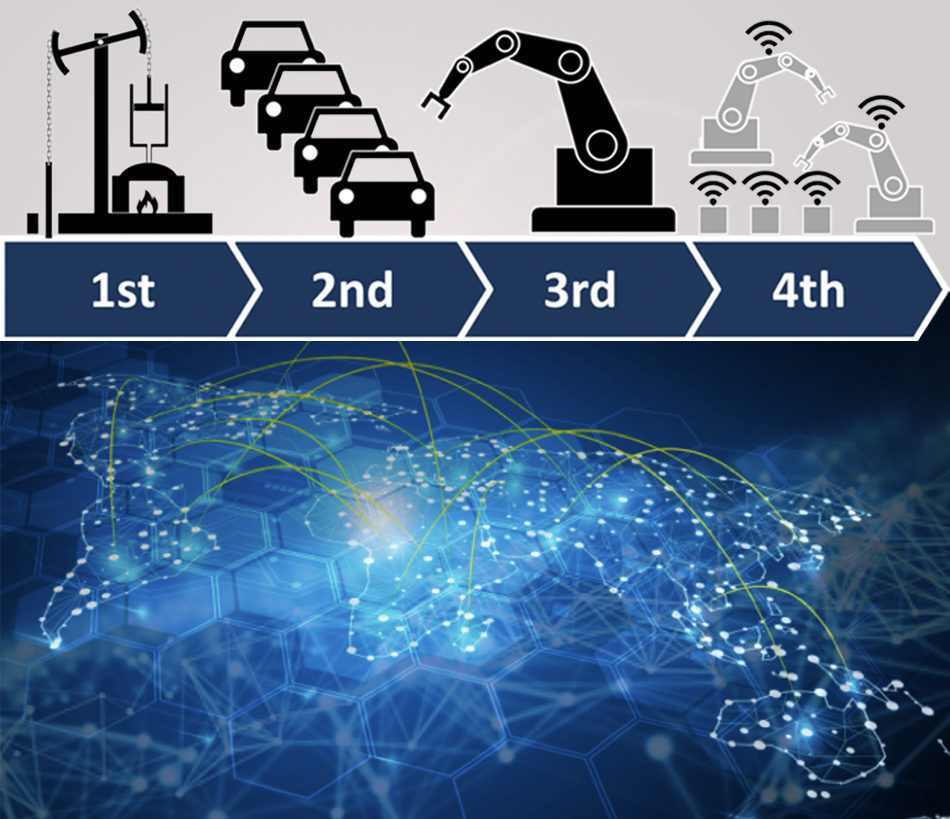 After a decade of stagnated productivity, the Fourth Industrial Revolution is expected to create up to $3.7 trillion in value by 2025. Technologies such as the internet of things, advanced robotics, artificial intelligence, and additive manufacturing are already helping to generate net productivity increases. However, to achieve the desired broad-based economic and societal impact and to maximize productivity benefits, technology must be adopted at scale and diffused throughout the ecosystem. This requires strengthened collaboration between governments, businesses, academia, and civil society, thus unlocking the full value delivered to the economy and society.

The World Economic Forum System Initiative on Shaping the Future of Production provides a platform for leaders across the public and private sectors to work together to build a more inclusive and sustainable future of production. In pursuing this, they look to technology and innovation to boost economic growth, and to promote a human-centered approach for the benefit of all. Established in 2016, the System Initiative’s community has become more diverse and counts over 60 businesses from 18 industry sectors, 25 ministers of commerce and/or industry, and representatives from top engineering universities, labor unions, and civil society organizations.

With the advent of the Fourth Industrial Revolution, countries and companies have an opportunity to counter and potentially reverse the slowdown in productivity by diffusing and adopting technology at scale. In fast-evolving and converging technologies for production, accelerated growth and maturity are occurring like never before. The latest developments of the internet of things (IoT) allow for connecting and tracking asset performance in real time, as well as for integrating production and consumption processes. Artificial intelligence, which since 2015 has achieved image and speech recognition at the level of the human brain, can process large amounts of data that factories collect to increase efficiencies and inform accurate decision-making. Advanced robots and computers can perform a range of routine physical activities and increasingly accomplish activities requiring cognitive capabilities, such as tacit judgments or sensing emotions. According to the McKinsey Global Institute, more than 60% of all manufacturing activities can be automated with current automation technology.1,2

These changes are driving the world towards a future of production characterized by autonomous, self-organizing factories and integrated or hyperconnected production systems. Manufacturing companies, suppliers and customers will ultimately be connected on a common IoT platform. Technology will empower the factory worker and plant manager, with a third of tasks almost fully automated, thus shifting the focus from execution of repetitive and inefficient tasks to innovation. Technologies of the Fourth Industrial Revolution will generate inclusive growth and bring benefits beyond the factory’s four walls. They will potentially deliver up to $3.7 trillion in value3 for the global economy, offering new products and services to society and supporting the environment by optimizing resource consumption.

However, technology’s full potential for production, when adopted at scale, is still far from being exploited. While several pioneering companies and early adopters praise technology’s positive impact, adoption remains slow and limited across all industry sectors. More than 70% of industrial companies are still either at the start of the journey or unable to go beyond the pilot stage.4 Most are stuck in “pilot purgatory”, where technology is deployed experimentally at reduced scale for an extended period due to the inability or lack of conviction to roll it out at production-system scale. Pilot purgatory occurs across industries and countries, including the most advanced of them, with challenges compounded for small and medium-sized enterprises (SMEs).

To maximize the potential gains in productivity brought by technology, companies must move from pilots to adopting technology at scale, across multiple production facilities, and through relevant value chains. They also must take their suppliers (often SMEs) and customers with them to be able to innovate and transform their businesses models. Governments need to develop the right set of policies and protocols to facilitate the dissemination and adoption of technology at the national level. Moreover, international cooperation and public-private partnerships must help to elevate productivity so that it benefits the global economy.

Through its work in 2017, the Technology and Innovation for the Future of Production project has generated new insights and actionable recommendations for companies and governments to accelerate the adoption and diffusion of technology at scale.

The findings, conclusions, and recommendations in this White Paper are based on structured interviews with select leaders and experts from the public and private sectors, academia, and civil society. In addition, the World Economic Forum leveraged insights from McKinsey & Company’s technological network of partners; its annual Digital Manufacturing Global Expert Survey, with responses from over 400 experts; and the latest IoT Pulse Survey, with responses from over 300 business leaders. The insights and recommendations in this White Paper will be presented and discussed at the World Economic Forum Annual Meeting 2018 in Davos-Klosters, Switzerland, and used to define key public-private collaborative interventions needed to accelerate technology diffusion across industries and geographies.

We believe in the power of continuous learning, discussion and collaboration to bring about transformation. Join the conversation and let’s forge new paths ahead, together.